Skip to content
January 26, 2019 ~ rachellaws ~ Leave a comment
Over the duration of my life already lived and the life awaiting me, there are so many things I wish to achieve. So many goals, ambitions and activities I want to embark in. Adventure awaits everyone meaning I will never put any doubt in my brain about NOT ticking everything off of my list.
Make the most of the present moment and think about all the things you can achieve, or should I say, will achieve! 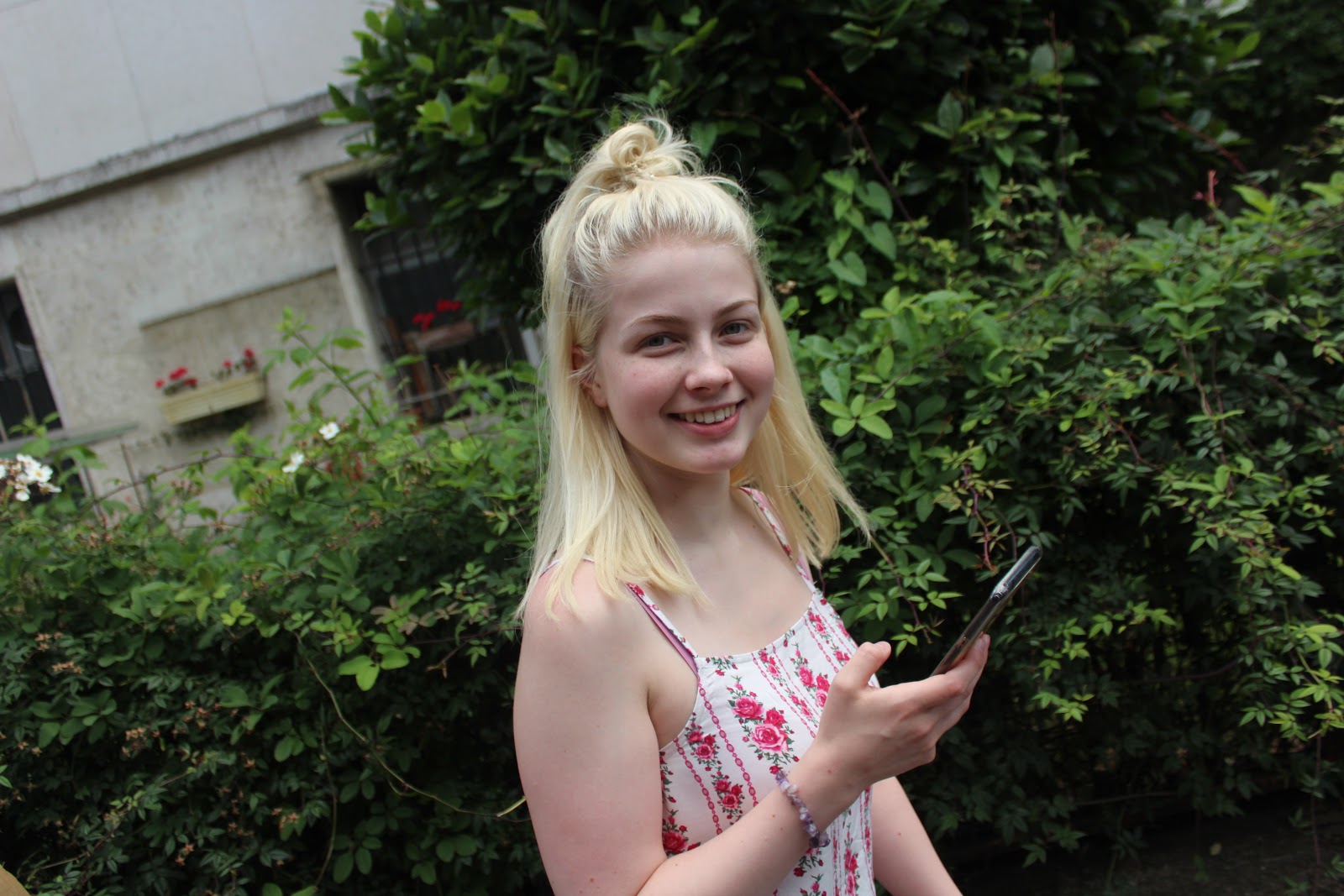 I’ve always had this super long list of places I want to visit or fun things I want to do over the course of my life. Obviously I never envisioned myself doing any of these things and it was simply just for fun! It was only when walking through the streets of Paris, France that I soon realised it wouldn’t be impossible to complete it. Paris was at the beginning of my list. From that moment on I’ve had a strong desire to start my journey in ticking off these items one by one and living my life to the fullest.
Here are three things I WILL accomplish in the next few years!

Imagine jumping out of a plane 12000 feet above ground level… majority of people would pass in a heartbeat. I have no fear, to me it is an extremely intriguing concept and I will one day make that jump into what seems like the scariest thing on the planet into the captivating landscape of an unfamiliar country and see the whole world in a new light. Like being able to fly.
Maybe a tad too optimistic.. but ultimately I would aim to skydive over the Great Barrier Reef in Australia. Definitely a once in a lifetime opportunity! The view is unimaginable. I may not get this done in the news few years however I will one hundred percent do this in my lifetime. Better get saving. But a little more on my level, I think Switzerland would be my first choice. My boyfriend went skydiving here and I was (and maybe I still am) so jealous of him.
Skydiving here would be a lot more affordable than Australia and would still provide me with the beautiful scenery I dream of.

Visit Another Country At Christmas

Okay this doesn’t seem like such a big deal, but I love Christmas with a passion. The warm cosy nights spent watching Elf or The Polar Express with someone you love whilst sipping on some toasty hot chocolate with whipped cream and mini marshmallows on top. Putting on your huge winter jacket and little black chelsea boots and strolling through the Christmas markets in the cold, dark evenings; with bands playing and singing their Christmas carols in the background and fairy lights delicately lighting your surroundings. It’s a magical time of year and if I adore the Christmas season in my own country, I would surely be amazed by the spirit in another country.
The magical city of New York –  The first place I would like to visit is New York! Christmas is definitely taken seriously over there. It’s like it was made for that time of year. From the mammoth decorated tree outside the Rockefeller Centre to the Ice skating rinks dotted all over the city. It is undoubtedly one of the best places to experience ultimate Christmas spirit.

Prague – Probably not the country you were expecting to see! But Prague’s ancient architecture is absolute beauty to my eyes. Over the Christmas period Prague lights up its streets with dozens of trees and fairy lights and opens a few Christmas markets in the Old Town Square and Wenceslas Square. This country is very inexpensive and a lot more affordable than New York, making it a prime attraction to the rest of the world.

Aurora Australis/Borealis is the name given to the natural electrical phenomenon characterised by beans of green, blue and turquoise colours in the sky. In my opinion it is the most alluring natural scenery in the world and everyone has to experience this some time in their life. There are many places to visit where you can encounter the northern lights such ass Norway, Finland and Iceland. Iceland is the specific country I would like to see them in.
“A year from now you may wish you had started today.” ― Karen Lamb
Like this post?

So, that concludes my monthly reading agenda! If you have read any of these definitely let me know what you thought of them. If I happen to finish a book early and still have some spare time, I have a few books on the side waiting to be read. Here’s a little list:
Alongside these books I have also been reading The Intellectual Devotional by David S. Kidder and Noah D.Oppenheim which in essentially one lesson every day on the seven fields of knowledge. It includes 365 daily lessons and so far every single thing has been extremely interesting. I can’t wait to finish this year and reflect on the books I’ve read and find out if setting myself a plan helps me get back into the swing of reading!
“A reader lives a thousand lives before he dies . . . The man who never reads lives only one.” – George R.R. Martin
Like this post?

There is something so beautiful and magical about being outside.

Perhaps it’s the unfamiliarity of it after creating my own isolation. The cold breeze that catches me by surprise and ripples through the holes in my jumper. Feeling the earth puling around me with such beauty and ambiguity. Its vibrant colours and wide spectrum of plants for me to observe and have complete adoration for. I find beauty in the simplest things. Like the way no two leafs of a tree are the same and the magnificent petals of a flower holding intricate designs that are all unique; different to one another.
I wonder if someone has drawn on the clouds; their allurement is unreal. They are a work of art. I wonder if the sunsets have been painted by angels; the colours brought together create something one cannot take their eyes off. I can smell the aroma of life around me; the scent of summer barbecues to the other end of the spectrum, the humble scent of rain, making me feel relaxed and at peace. Simple things which have no competition in my mind.
The bees buzzing past my ears, the leaves crunching beneath the feet. The birds singing in the trees; a beautiful melody. Their simplistic lifestyles continuing without concern for the human observing them. I can taste the sun on the tip of my tongue, feel its honey rays luring into my skin. The hum of life surround me, engulfing me in it serenity. Relaxing my muscles and making me feel centred. At peace with myself and at peace with the world.

Nature has always been able to inspire and fascinate me to no end which is why when I feel good, I choose to be outside.

I choose to be outside because when I’m surrounded by life I can’t help but feel a little bit more.. alive.

Okay so let’s be serious for a moment, when it comes to new year resolutions we can all make a long list of tings we want to do in the new year – but do we actually ever stick to them? Usually they are done for a week and ditched at the first possible chance. As much as I would love to stick to my list of resolutions, I’m never optimistic about doing so. Asides from having my serious resolution of finding a new job, I also have a list of smaller resolutions that I set myself every year which I m determined to accomplish. Here are a few of them.

Yes, this one was on my list from last year and i did partially succeed! I managed to go from the 1st of January until the 2nd of August (my birthday), all ruined by some simple persuasion from Thomas who was persistent on telling me that “one won’t hurt”, yet there I was unable to stop drinking it and spent the rest of the year drowning myself in fizzy drink.
Currently as I’m writing this we are 16 hours and 37 minutes into 2019 and I haven’t laid my hands on a single fizzy drink! Confident that I will not touch another for the rest of the year.

Get out of the house more

This one, again, is a pretty common resolution however I like to believe that it is the easiest one to do. I love going out on walks, being active and getting fresh air – and it’s all super healthy for your mind and body. But I always find myself lying around my house, complaining that I am bored or have a headache yet never really do anything about it. Then when I do manage to pull myself out of bed and go outside I always end up feeling a million times better than I did before, which is the perfect reason for me to believe that setting myself the task of going outdoors will have a majorly positive outcome for me.
Alongside that I want to start going out on my bike, whether that be a short bike ride around my town or a proper cycle with my dad as this is something we both enjoy doing and have given up since our jobs got pretty hectic. When I do eventually find a job I aim to cycle to and from work everyday (if it is in walking distance of course) … well maybe just in the summertime. Healthy and efficient.

Be more confident – Get rid of self doubt

One major issue I have always had bother with is confidence, whatever the situation is, I will always doubt myself or not be confident enough to actually go through with it. I tend to put myself down a lot and not believe that I am capable of doing the things I know fine well I am capable of. Although my confidence has majorly improved since the beginning of 2018, I still have a long was to go until I am a sassy confident young woman!
Just gotta fake it until I make it.

I love reading books, in face it is probably one of my favourite things to do- but I always push it away and don’t set myself a time in the day where I am “going to read a book”. This year I am aiming to read at least one book a month, quite pathetic I know, but if I set myself a small goal I will never be disappointed with the outcome. The more the better but if I read at least one a month I will be satisfied. I like to believe that books take you into a completely new world, when i’m reading i’m not batting an eyelid at any of my surroundings and I feel very relaxed.
I want this year to be about becoming the best version of myself that I can possibly be and finding a whole new meaning to my life.
Like this post?